29th September 2008 – Decided to go on a road trip to Ipoh, Perak. Why Ipoh? It’s one of the common place for many in which I had never step my foot on. even once It’s quite embarrassing to know that I am the only one compared to my peers who had been to the place for more than once, and the counter on my side is nil. Hence, this road trip should give me an experience of what Ipoh is all about. My traveling buddy for this trip is the same guy who went to Kuching with me.

Leaving home early in the morning and reached the first destination, Chenderiang whereby it’s one of the closest village near Lata Kinjang waterfall. Shop for supply of charcoal and fire starter, as well as dropping by for breakfast. Had wanton noodles at one of the hawker stalls. Common transportation of the area seems to be bicycle. After obtaining some needed supplies for our trip, we head for Lata Kinjang waterfall. The waterfall is nice place to be. The place is quite well maintained for Malaysian’s standards. Not many visited the area though, probably it’s not a commercialized area which is a good thing to preserve the natural state of the waterfall. [ stream at the waterfall ]

After visiting Lata Kinjang waterfall, the next destination which was not actually part of the road trip plan is Coconut Shell Cave. To be precise, it’s Tempurung Cave. There’s total of four package to tour the cave, unfortunately I only manage to qualify for 1st package on this trip which is to visit the inner cave without going to the top of the mountain. To qualify for 2nd package, the minimum pax is 5, and to qualify for 3rd and 4th package, the minimum pax is 8. I will be back! [ after the entrance of the cave ] [ there’s something behind the blue light ] [ the structure of the cave wall ]

Completing the tour of the 1st package in less than an hour and we head for Ipoh. It’s less than an hour drive and had lunch at the very first and original Old Town White Coffee. The place is recommended by Kok, whom is KK’s colleague. The ambiance of the establishment is not like of the franchise outlet we see in Klang Valley, but more of an ordinary coffee shop we see in town. The food and drink is definitely better than the franchise outlet.

Before heading for Perak Tong, I checked in at Excelsior Hotel which is just couple of blocks away from Ipoh Parade. Perak Tong is a cave temple whereby the main visitors are Taoist worshipers. There’s isn’t much that can be done at Perak Tong except appreciating the mural drawings on the cave walls. As the day ends, we had dinner at ‘Tong Sui’ street which is just a stone throw away from the hotel we are staying. Can’t remember the name of the food I ordered as I am bad at remembering Chinese food names. 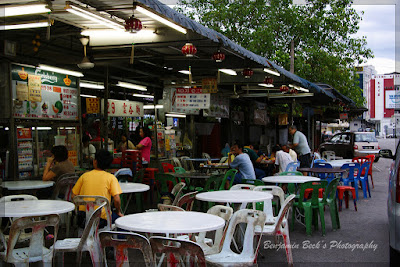 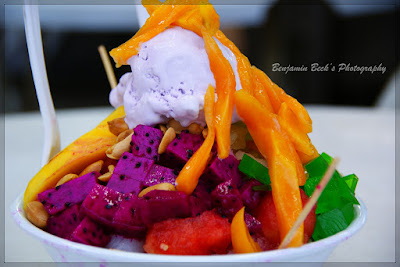 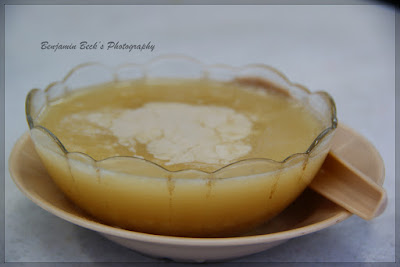 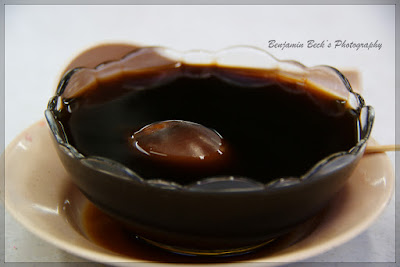 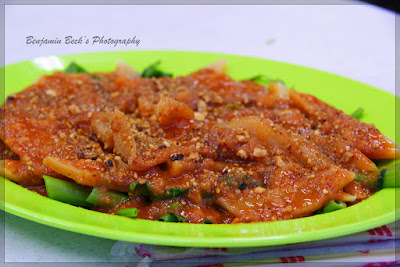 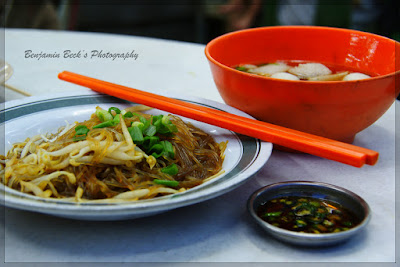 After had our meals, we head back to hotel and rest. When nightfall, we head out to Hot Traxx, which is a pub to celebrate Evonne’s (Kok’s girlfriend) birthday. It’s been quite sometime I had tiger beer and this outing certainly reminds me how tiger beer taste like. 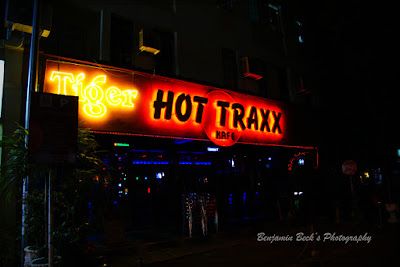 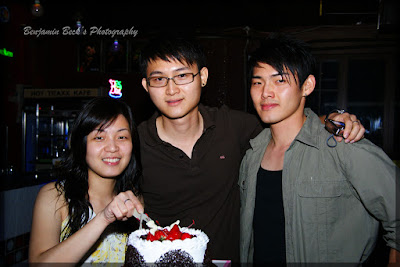 That concludes day 1 of the road trip to Ipoh.

30th September 2008 – On the second day of the road trip. We had our breakfast at Ming Court Dim Sum Restaurant just behind Excelsior Hotel. The Dim Sum tasted great, however the portion is small. After breakfast, we tour around Ipoh a little visiting the recommended area by the conventional Ipoh Road map. First stop is the Dewan Bandaraway Ipoh, Birch Memorial Clock Tower, and Ipoh Railway Station since they co-exist side by side, the Dewan is sort of an abandon structure which I am very curious of… was it done on purpose? [ outside of Ipoh Railway Station ]

Shortly after the short photography session, we head for Japanese Garden which situated on the other side of town. [ fragile, yet quite sturdy ] An unfortunate side of event happens as before I was able to satisfy with the shots I get from this place, signs of raindrops found my lens filter and the weather started to rain heavily… and thus we leave Ipoh and head straight to Cameron Highland via Simpang Pulai. That ends the journey of my Ipoh road trip. Coming up next, Cameron Highland…